Throughout the Honda Accord’s nearly 45-years of existence, it’s built a reputation of being a safe, reliable and strong all-around vehicle. Because of that it sits in the upper echelon of the midsize sedan class commonly grouped in with the likes of the Nissan Altima and Toyota Camry. It’s a car that many people see as a can’t-go-wrong option. But what’s something that many usually don’t think about the Accord? That would be that it can be quite a bit of fun to drive — especially in 2.0T Sport form.

The first part of this Accord’s fun equation is the 2.0-liter turbocharged I4 under the hood. It’s a derivative of the engine found in the wicked Civic Type R making 252 horsepower and 273 pound-feet of torque. The latter is available between 1,500 to 4,000 rpm for plenty of grunt to blast off from stoplights and easily merge onto expressways without having to go down a gear or two.

Speaking of gears, there’s six forward cogs in the manual transmission. No, that’s not a typo. Honda is still offering a standard gearbox in the Accord with both the base 1.5-liter engine and the range-topping 2.0-liter to surprise and delight car enthusiasts everywhere. For those who don’t want to monkey around with a third pedal, a 10-speed automatic is optional at the expense of some driving engagement.

Rolling around town normally, the drivetrain pairing is sublime. The engine is quiet with not a hint of turbo lag and the stick-shift setup is effortless to operate. With a shifter that fluidly slots into well-defined gates and easy-to-modulate clutch, even stop-and-go situations aren’t annoying to manage. And the 2.0T Sport boasts passable EPA fuel economy ratings returning 22 miles-per-gallon in the city and 32 mpg on the highway with the manual and automatic gearbox. In mixed driving over the course of a week, I somehow observed 27 mpg to better the EPA’s 26 mpg combined figure — impressive with my heavy right foot.

When you lean harder into the throttle, the Accord just goes. Getting to posted speed limits happens quickly and pull throughout the rev range is healthy — particularly at the top end as the tach approaches the 6,800 rpm redline. The one drivetrain quibble I do have involves throttle response. It’s not horrendous at all, but slightly muted when rev-matching for downshifts.

Of course, power without control isn’t an ideal scenario, which is why Honda gives the Sport some additional handle-better love. Bigger 19-inch wheel (versus the 17s on LX and EX models) are wrapped with 235/40 series Goodyear Eagle Touring tires. Uprating springs, thicker antiroll bars and quicker steering ratio are also part of the deal.

All that helps the Accord confidently stick through gradual bends and sharp curves with an acceptable amount of body lean for four-door family sedan. Turn-in response is brisk with steering weight that’s on the lighter end of the spectrum. A little more heft would be appreciated, but there is enough feedback available to let you know when the front tires are approaching their limit. Brake performance is also stout getting the 3,300-pounder slowed down for corners and panic stopped admirably.

Worth mentioning is that the Sport’s chassis changes do not hamper ride quality much. It’s certainly not as cushy as Accords riding on the 17-inch tire package but damping for all but the biggest road craters are still adequately smoothed out. Daily driving comfort is just fine.

The final part of the Accord Sport’s changes are some minor styling tweaks. On the outside, the more athletic sheetmetal that debuted for 2018 gets a tasteful decklid spoiler and chrome exhaust outlets with the whole thing riding on the previously mentioned 19-inch wheels snazzy-upped with black spoke insets. Then on the inside there are metal sport pedals. None of it is earth shattering but do give it a touch more visual attitude.

Being the always competitive midsize sedan that it is, the Accord’s interior hits all the right notes. It’s roomy with lots of head- and legroom for adult passengers in front and back. Seats are comfortable and supportive for long rides, there’s not a cheap-looking surface anywhere, and things stay impressively hushed inside with wind and road noise kept out. And like the space on offer for human cargo inside, the 16.7 cubic feet trunk is generous and can gamely swallow a shocking amount of groceries and home improvement goods.

The Sport’s technology menu is also substantial. Infotainment is quarterbacked by the Display Audio system with a responsive 8-inch touchscreen flanked by traditional shortcut buttons to easily get to all commonly used menus. The screen is visually crisp and intuitive to work through to control an eight-speaker audio setup, satellite radio and Bluetooth. For those who prefer to let their phones handle the infotainment, both Apple CarPlay and Android Auto are standard, too.

Power points to charge up phones also isn’t a problem — unless you’re in the backseat. Passengers in front have easy access to two USB ports and two 12-volt outlets, while the Accord Sport doesn’t have anything within arm’s length for people in back. A pair of rear 2.5-amp USBs are available for a reasonable $120, though.

There’s no skimping on safety tech, either, with every Accord coming standard with a multi-view rearview camera with respectable image resolution, traffic sign recognition and the Honda Sensing suite of features including adaptive cruise control with automatic braking and lane departure warning with lane keep assist. Sport models also benefit from rear cross-traffic alert and blind-spot monitoring to cope with the bigger voids caused by the faster roofline and C-pillar. Everything works as advertised with collision and lane departure warning programmed nicely never giving off any annoying false positive alerts.

How I’d spec it

The 2020 Accord starts at just under $25,000, but my 2.0T Sport wears a steeper $32,000 price tag due in large part to the more powerful engine and Sport trim fixing. With the combination of performance, style, tech and creature comforts, I’d opt for a 2.0T Sport with a manual transmission just like my tester. But I would add a wireless phone charging pad and backseat USB ports to bump the bottom line up by $420. All in, my Accord would sticker for $32,735.

Given the Honda Accord 2.0T Sport’s mission of being, well, sporty, there’s some competition to speak of. The Kia Optima SX and Toyota Camry TRD follow a similar blueprint as the 2.0T Sport with a healthy helping of power and chassis upgrades, but the Honda maintains ride compliances better than the other two. The Mazda6 dynamically sits at the top of the midsize sedan mountain, but sadly isn’t offered with a real potent engine.

And none of the other guys are available with a manual gearbox meaning if you’re in the market for an entertaining midsize sedan with three pedals, your only choice is to head to a Honda dealer. And that’s not a bad thing at all because you won’t be disappointed. 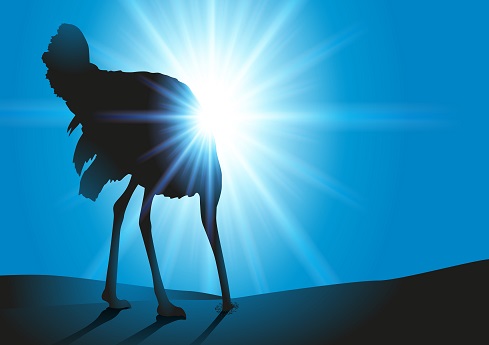